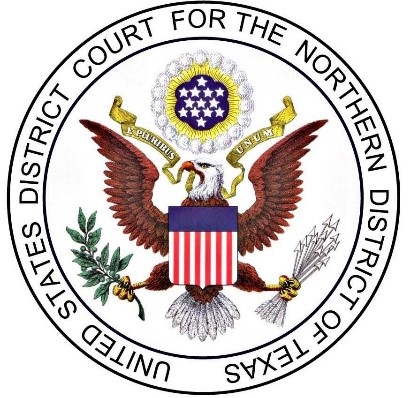 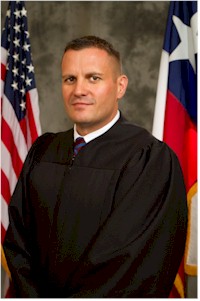 FORT WORTH, TX – On August 8, 2019, Mark T. Pittman was sworn in by the Honorable David L. Evans, Presiding Judge, Eighth Texas Administrative Judicial Region, to serve as United States District Judge for the Northern District of Texas.  A formal investiture ceremony for Judge Pittman will be held at a later date.

Judge Pittman is also an experienced litigator, having served as an Enforcement Attorney at the U.S. Securities and Exchange Commission, where he also spent a year on special assignment prosecuting economic crimes as a Special Assistant U.S. Attorney. Prior to that, he was a Senior Attorney for the Federal Deposit Insurance Corporation, an Assistant U.S. Attorney for the Northern District of Texas, and a Trial Attorney in the Civil Division of the U.S. Department of Justice in Washington, D.C.  He has also worked in private practice as a civil litigation attorney with Kelly, Hart and Hallman, LLP and served as a law clerk to United States District Judge Eldon B. Mahon in the Northern District of Texas, Fort Worth Division.

Judge Pittman is a former vice-president and founding member of the Fort Worth Chapter of the Federalist Society and a master of the Eldon B. Mahon Inn of Court.  He serves on the Board of Ballet Concerto of Fort Worth and the Tarrant County Volunteer Attorney Services Committee and coaches youth sports at the YMCA.  Judge Pittman, a history buff, is a member of the Fort Worth Civil War Roundtable and the A.M. Pate Book Award in Civil War History selection committee. A sixth generation Texan, he was born in Big Spring and raised in Cooper.  He and his wife, Katrina, have been married fifteen years and are the parents of four children.