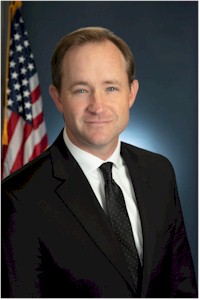 After graduating from law school, Judge Hendrix began his legal career as a law clerk to the Honorable Patrick E. Higginbotham of the United States Court of Appeals for the Fifth Circuit. He later joined Baker Botts as an associate, practicing complex commercial litigation in state and federal courts until 2007. Since 2007, he has served as an Assistant United States Attorney for the Northern District of Texas and has been Chief of the Appellate Division since 2012.

From 2015 to 2019, Judge Hendrix served on the Appellate Chiefs Working Group for the United States Attorney General’s Advisory Committee, becoming Chair in 2017. From 2017 to 2019, he was an ex officio member of the Attorney General’s Advisory Committee. He also served on the Board of the Bar Association of the Fifth Federal Circuit, and for eight years he taught appellate advocacy for the Department of Justice at the National Advocacy Center in South Carolina.

Judge Hendrix has been an active member of his community and spent many years volunteering as a youth baseball coach. He is a Fellow of the Dallas Bar Foundation, and he serves on the board of directors for PSC Partners Seeking a Cure, a medical non-profit organization dedicated to educating and supporting people with primary sclerosing cholangitis.

He and his wife, Natalie, have been married for sixteen years, and they are the proud parents of two boys.